Ahh, almost St. Patrick’s Day!  Here’s a story about the existence of nature spirits, such as leprechauns or elves! (In Irish mythology, a leprechaun is a type of male faerie said to inhabit the island of Ireland.) 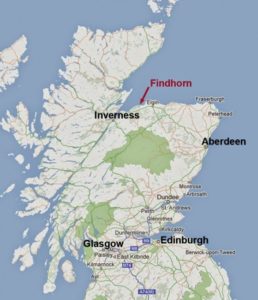 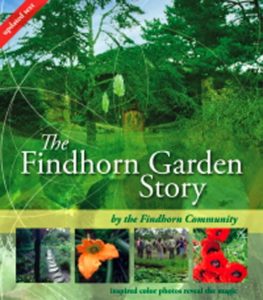 In 1962, Eileen and Peter Caddy with their three children, left Cluny Hill Hotel in Northeast Scotland, where they had been working as managers for nearly six years.  Led by Eileen’s inner voice, the family of five and friend, Dorothy Maclean, pulled a thirty foot caravan trailer to nearby Findhorn Bay Caravan Park.  They needed food and started a garden.  Through Dorothy, they learned about the divas or nature spirits that lived in the garden.  Amazingly huge vegetables and flowers grew there that attracted many people to come visit Findhorn!  Eileen’s inner vision told her that we all have “the God Within” for guidance.  “See my hand in everything,” her guidance told her.  “I am guiding and directing the work in this place.”  See the video below for more!

Findhorn’s co-creation with the angelic and elemental realms was described in Dorothy Macclean’s book, “To Hear the Angels Sing,”  She writes about communicating with angels, saying, “I had never set out to learn to talk with angels, nor had I ever imagined that such contact could be possible or useful. Yet, when this communication began to occur, it did so in a way that I could not dispute. Concrete proof developed in the Findhorn garden, which became the basis for the development of the Findhorn Community. The garden was planted on sand in conditions that offered scant hospitality and encouragement for the growth of anything other than hardy Scottish bushes and grasses requiring little moisture or nourishment.

However, through my telepathic contact with the angelic Beings who overlight and direct plant growth, specific instructions and spiritual assistance were given. The resulting garden, which came to include even tropical varieties of plants, was so astonishing in its growth and vitality that visiting soil experts and horticulturists were unable to find any explanation for it, and eventually had to accept the unorthodox interpretation of angelic help.”

Richard Coates lived in Findhorn for 25 years and said, “In the early days, we were famous for our 42-pound cabbages, which we don’t grow these days. Well, I haven’t seen any lately. We’re told that this was necessary as a demonstration of the power of the people and an example of what we could achieve by cooperating with the nature realms.”