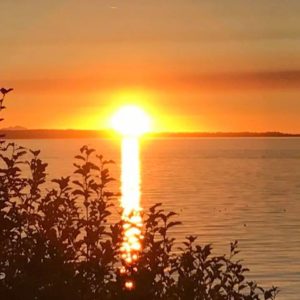 “You are killing more of each other every day over your quarrels over religion than all other things put together, because you cannot even come to an agreement about what you think God says, or wants for you. On one side of the world God wants something different than the other. On one side of the room, in one side of your mind, God wants something different than on the other. The power is within you. You are extensions of this powerful Source Energy. You are literally God expressing in this physical body. And so, as you are standing in a thought, or in a word, or in an action that feels good to you as you are standing there—then you are fully open and allowing all of that Divine Energy to flow through you. And in that moment you are all that you said you would be when you decided to come forth into this body. You are the extension of pure positive energy. You are in your full creative power. You are thriving. You are clear-minded. You are joyful. You are filled with love. You are who you are—you are allowing that which you really are.” 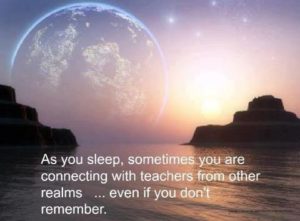 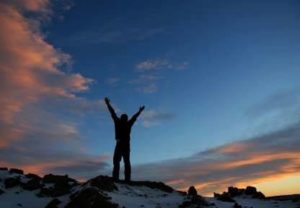 “Greetings. We are the Arcturian Council. We are pleased to connect with all of you.

It is beautiful to witness the way that you all have taken to the energies that have been sent. It is extraordinary to see you opening yourselves up to receive that which we and others have been sending you. We know that many of you are capable of feeling what it is like to receive and assimilate those energies, and we know that the rest of you are benefitting even if you are not aware of what is happening.

The subtle changes are the ones that often go overlooked when you receive these downloads, but if you look closely, you will see that the changes are occurring within you. You will notice that one of the biggest effects of these recent downloads is a bringing together of your consciousness and your physical body in a way that you have not yet experienced. 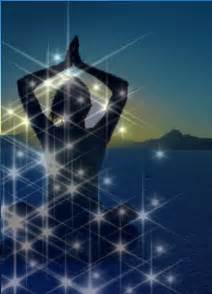 You have access to more of the information that is stored within your DNA, and you have more of an ability to sense when something is going on with you physically. But unlike in previous years, and even decades, now you have the ability to understand what is happening to you physically. You are transforming, and the transformation does happen in very subtle stages, but it is happening and it is undeniable.

Many of the ascension symptoms that you’ve been feeling and experiencing are starting to clear up, as you gain more access to those hidden parts of your physical bodies. When you ascend, you are going to ascend with the physical vehicle that you currently have, but when the ascension is complete, so will the transformation be.

We are the Arcturian Council, and we have enjoyed connecting with you.” 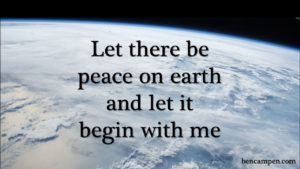 “Lick your wounds if you must, and then move on.  What did you learn through that wound?  Do you think you will repeat the same mistake?  In that case, do not move on.  In most cases, wounds serve their purpose.  Please do not aggravate them by fussing with them.  That is the human way, but you are far more than that.  The wounding happened for a reason.  Lessons can be painful.  Learn from them and be grateful for the lesson.  If you have truly learned, no further harm will occur, and growth will take place.  Welcome to Earth School.”  www.suzannegiesemann 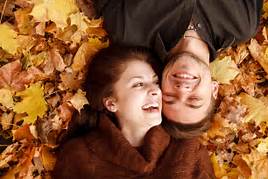 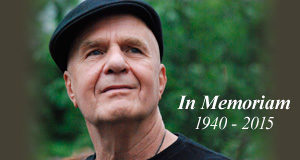 “At the root of virtually all spiritual practices is the notion of forgiveness. This was what came out of Jesus of Nazareth while he was being tortured on a cross by a Roman soldier throwing a spear into his side. It is perhaps the most healing thing that you can do to remove the low energies of resentment and revenge from your life completely.

Think about every single person who has ever harmed you, cheated you, defrauded you, or said unkind things about you. Your experience of them is nothing more than a thought that you carry around with you. These thoughts of resentment, anger, and hatred represent slow, debilitating energies that will disempower you. If you could release them, you would know more peace. 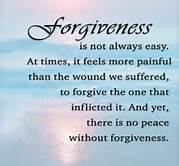 You practice forgiveness for two reasons. One is to let others know that you no longer wish to be in a state of hostility with that person; and two, to free yourself from the self-defeating energy of resentment. Resentment is like venom that continues to pour through your system, doing its poisonous damage long after being bitten by the snake. It’s not the bite that kills you; it’s the venom. You can remove venom by making a decision to let go of resentments. Send love in some form to those you feel have wronged you and notice how much better you feel, how much more peace you have. It was one act of profound forgiveness toward my own father, whom I never saw or talked to, that turned my life around from one of ordinary awareness, to one of higher consciousness, achievement, and success beyond anything I had ever dared to imagine.

Indeed, there are no justified resentments if you wish to walk along the extra mile and enjoy inner peace and success on every step of the path.” www.DrWayneDyer.com

lady said to a friend, “I cannot understand it.  I have the nicest neighbor who is dying of cancer.  It seems so unfair, because this is one of the kindest, gentlest people I know.”

The friend replied, “She may seem kind and gentle, but she is dying of cancer, then there is some old negative emotion that is literally consuming the cells of her body.  There is probably someone she hates.”

When the puzzled visitor replied, “No, that cannot be,” she advised: “Search further and you will find there is something or someone this person needs to forgive.  Always where there is a health problem, there is a forgiveness problem.”

Later the mystery was cleared up.  The one in doubt reported: “You were right.  I learned quite by accident that this neighbor has a relative whom she violently hates.  They have not spoken in thirty years.”

The nature of cancer may indicate some secret resentment or bitterness.  Though one has been outwardly sweet and submission, he has been inwardly grieved, hurt, intolerant, and severely critical.  As in all forms of disease, unwise living habits are usually indicated, too.  That is the blessing of learning how to think right.  As one employs proper thinking, he unconsciously relates it to proper rest, diet, exercise, and other health habits.

The Dynamic Laws of Healing by Catherine Ponder, 1966, P. 44-45  (This book also says that rheumatism is caused by criticism, as the inharmonious words settle in the joints.  Also Ponder says that poor eyesight, hardened arteries and liver problems signal a problem with forgiveness.)

Wikipedia –  Catherine Ponder (born February 14, 1927, in Hartsville, South Carolina ) is an American minister of the Unity Church, and author of books in the prosperity field.  Catherine Ponder is considered one of America’s foremost inspirational authors. She has written more than a dozen books, which include such bestsellers as her Millionaires of the Bible series. She is a minister of the non-denominational Unity faith and has been described as “the Norman Vincent Peale among lady ministers.” She has served in Unity Churches since 1956, and heads a global ministry in Palm Desert, California. 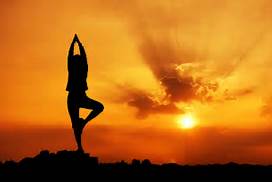 “Rather than trying to monitor your thoughts, we encourage that you simply pay attention to how you are feeling. For if you should choose a thought that is not in harmony with the way that broader, older, wiser, loving Inner Being part of you sees it, you will feel the discord; and then you can easily redirect your thought to something that feels better and, therefore, serves you better.”
Excerpted from The Law of Attraction, The Basics of the Teachings of Abraham on 7/1/06

This story happened in the days of Lao Tzu in China and Lao Tzu loved it very much.

There was an old man in a village, very poor, but even kings were jealous of him because he had a beautiful white horse.  Kings offered fabulous prices for the horse, but the man would say, “This horse is not a horse to me, he is a person.  And how can you sell a person, a friend?”  The man was poor, but he never sold the horse.

One morning, he found that the horse was not in the stable.  The whole village gathered and they said, “You foolish old man! We knew that someday the horse would be stolen.  It would have been better to sell it.  What a misfortune!”

The old man said, “Don’t go so far as to say that.  Simply say that the horse is not in the stable.  This is the fact; everything else is a judgement.  Whether it is a misfortune or a blessing I don’t know, because this is just a fragment.  Who knows what is going to follow it?”

People laughed at the old man.  They had always known that he was a little crazy.  But after fifteen days, suddenly one night the horse returned.  He had not been stolen, he had escaped into the wild.  And not only that, he brought a dozen wild horses with him. 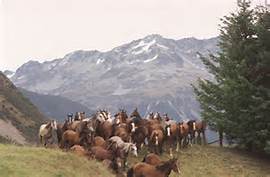 Again the people gathered and they said, “Old man, you were right.  This was not a misfortune, it has indeed proved to be a blessing.”

The old man said, ” Again you are going too far.  Just say that the horse is back… who knows whether it is a blessing or not?  It is only a fragment.  You read a single word in a sentence– how can you judge the whole book?”

This time the people could not say much, but inside they knew that he was wrong.  Twelve beautiful horses had come…

The old man had an only son who started to train the wild horses.  Just a week later he fell from a horse and his legs were broken.  The people gathered again and again they judged.  They said, “Again you proved right!  It was a misfortune.  Your only son has lost the use of his legs, and in your old age he was your only support.  Now you are poorer than ever.”

The old man said, “You are obsessed with judgement.  Don’t go that far.  Say only that my son has broken his legs.  Nobody knows whether this is a misfortune or a blessing.  Life comes in fragments and more is never given to you.” 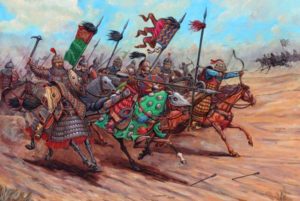 It happened that after a few weeks the country went to war, and all the young men of the town were forcibly taken for the military.  Only the old man’s son was left, because he was crippled.  The whole town was crying and weeping, because it was a losing fight and they knew most of the young people would never come back.  They came to the old man and they said, “You were right, old man–this has proved a blessing.  Maybe your son is crippled, but he is still with you.  Our sons are gone forever.”

Judge ye not, otherwise you will never become one with the total.  With fragments you will be obsessed, with small things you will jump to conclusions.  Once you judge, you have stopped growing.  Judgement means a stale state of mind.  And mind always wants judgement, because to be in process is always hazardous and uncomfortable. 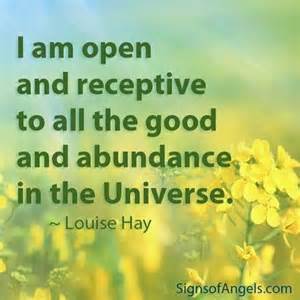 “Abundance is the energy of permission.  The more you permit yourself to desire what you want, express gratitude for what you have, and be excited for whatever comes your way, the more abundance you are bound to receive.”