“It is our prayer that these works heighten the consciousness in each who hears them. So, dwell not upon this word or that but cleave unto the spirit that is given in each.”   -Lama Sing

In 1973, a little more than twenty years after an NDE, near-death experience, a chance hypnosis session triggered Al’s reconnection to the other side and began his tenure as the channel for the Lama Sing readings.

Since then, over 10,000 readings have been given in a trance state for groups and individuals from around the world without, answering questions on a virtually unlimited array of topics. The precision of the information has been substantiated by individuals, professionals, and institutions, and those who have received personal readings continue to refer others to Al’s work based on the accuracy and integrity of the information given.

Al has quietly served individuals and groups for over forty years, dedicating his life totally to this work. His focus now is research on Consciousness – its application in daily life and in service to the Promise.

Al’s Near Death Experience in Brief

When Al was nine, he was struggling to survive the rheumatic fever he’d had for more than six months. As he lay staring at the ceiling, the doctor speaking with his mother in a hushed voice in the next room, the pain came again. So excruciating was the pain, it forced him into delirium. My Lady (as he called her) came to him as she had so many times before. He took her hand and she lifted him out of his body and into worlds beyond.

This time they traveled far away, and when they returned it was not to his body as usual but to a hover just above his rooftop. He could see his mother weeping alone in the kitchen and his body lying still on the living room sofa where they had moved him. As My Lady showed him the scene, Al knew he was being given a choice — leave with her to remain in realms beyond or return to his body and the pain. His love for his mother urged his return. He did not see My Lady again but he never had the ferocious attacks of pain and he began to recover very quickly in the coming months.

Though he did not recall  the NDE at the time of the first hypnosis session, he attributes his ease and depth of journeying beyond the finite deep into the infinite to his trips with My Lady, particularly the last one in which she took him to a beautiful pathway and into the shining experience beyond, indescribable for a nine-year-old and nearly so even 70 years and more than 10,000 readings later.

Al left his job in the computer field in 1973 and decided to visit a friend. The friend was on his way to an appointment with renowned hypno-therapist, Dr. E. Arthur Winkler, and invited Al to tag along. When the session was over, Dr. Winkler and the friend coaxed Al to have a session. The hypnotic suggestion given was, “You will go back to that time and place of greatest spiritual significance to you now.”

Waking Up in a Desert
The next thing Al knew, he was standing under a twilight sky. He held his hands up. They weren’t his. The shirt he had on was replaced with a coarse garment down to his feet. On his feet were sandals. Behind him, a group of men was gathered around a small fire, a few palm trees scattered beside a small pool, and sizable dunes silhouetted against the sky surrounding this scene. The men were talking, not paying particular attention to him. He turned back to face the night. A feeling of joyful anticipation came over him. Someone he cared deeply about was soon to arrive. As he searched the horizon, waiting, he wrestled with thoughts – what is going on, where am I, who is this I’m waiting for? Yet, the thrill continued about the one that would come walking out of the darkness any moment. Then, he began to hear a voice calling to him, barely audible at first but  growing louder.

Back on the Hypno-Therapy Couch
The voice was Dr. Winkler’s calling him back. Once back, Dr. Winkler played a recording of the session to a shocked Al. He explained, “You have an uncommon ability to move in a sleep-like state of consciousness.” He asked if Al would return for another session the following day. Because Al hoped to return to the oasis, he agreed. When Al arrived the next morning, he was shocked to see about thirty others excitedly waiting for him in the small office. Dr. Winkler quieted everyone and calmed Al, explaining that these were colleagues very interested in Al’s experience and then began the session. Al did return to the oasis and, while he was gone, whoever was speaking through him answered questions from those present, even an answer in a code to one in a clandestine government position that could only have been understood by that one. When the session was over, and Al awoke, those in the room burst with chatter while Dr. Winkler quietly turned on the recorder for Al. After everyone had left, Dr. Winkler told Al he was interested in working with him.

Looking for Answers the Next three Years
Al and Dr. Winkler began traveling the country, with Dr. Winkler arranging and conducting “readings.” Al gave conditions for continuing his work: First, he would give himself three years to find at least one other who was doing what he would now be doing, who could answer some of his questions. Second, to validate to him the “works” worthiness, he would work only by referral, no advertising. Throughout the country, Al did readings for individuals, groups, and those who came to do research, and he and Dr. Winkler began a deep friendship that would last until Dr. Winkler’s death in 1998. During those years Al did not find anyone one else to talk with who was giving information while in a trance.

He made the decision to give it up after the next reading, but it happened that sitting in the small group for the next reading was a man who would turn this phenomenon into a lifelong work for Al. The group was a “Search for God” study group, the name given to those groups studying the works of Edgar Cayce, and the man was Arch Ogden, then President of the Edgar Cayce Foundation and a member of the Board of Directors for the Association for Research and Enlightenment in Virginia Beach, VA. Arch introduced Al to the A.R.E. where Al began to get insights and understanding into this new world, and his new work.

Al is referred to in numerous publications, including several books, and has had his research incorporated into the procedures of professionals in various fields. He has participated in many documented research projects, perhaps one of the most noteworthy being for the A.R.E. in a study with other psychics being tested for accuracy. Al’s scores were so high that the test was repeated, and he beat his previous scores. He was subsequently appointed to the Advisory Board for Atlantic University, a sister organization of the A.R.E. and The Edgar Cayce Foundation, and scheduled by them for frequent appearances. In 1984, St. John’s University awarded Al an honorary doctoral degree for his outstanding contributions to the field of parapsychology. The vast majority of readings given have been personal readings for individuals all over the world, conducted without the person being present. 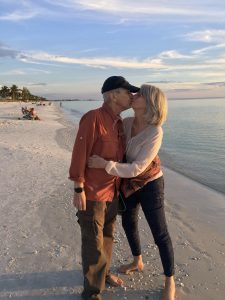 The Best Guidance Comes from Within
Al believes that the best of all guidance is that which comes from within. He is not currently accepting requests for readings. Al lives with his wife Susan in Ft. Myers Beach, Florida.