Meditation is the process of stilling or quieting the mind in order to spend time in thought for relaxation or religious/spiritual purposes. The goal is to attain an inner state of awareness and intensify personal and spiritual growth. In practice, meditation involves concentrated focus on something such as a sound, image or feeling. 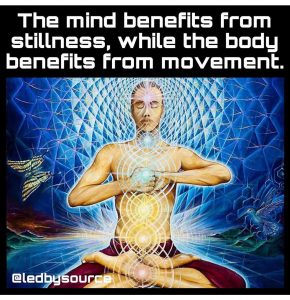 “Moving your body every day to get out of bed, eat dinner, and get your mail is important. But if you are even more intentional about moving, you can reap five fabulous benefits that include a better mood and an improved sex life.  The simple motions involved in grocery shopping, stretching, dancing and playing with pets can produce great rewards.

A major benefit of moving is the increased circulation of lymphatic fluid.  This system does not have a “pump.” Instead, it relies on your motion to circulate lymph fluid around the body. Each time you move large muscles of the body, you help pump lymphatic fluid through your body, keeping your systems circulating.

Healthier bones are created when your muscles push and pull against them.  Doing this helps to build and preserve bone mass, especially when doing weight-bearing exercise.  This doesn’t mean that you have to use weights. Any sustained activity in which you work against the force of gravity, such as walking, dancing, or taking the stairs, helps to build bone mass. 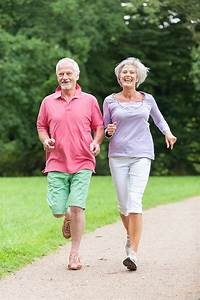 Lastly, exercise improves cognitive performance for people of all ages. In one study, children who participated in physical activity demonstrated increased electrical activity in the brain, as well as improved mental accuracy and reaction times. Another study confirmed what you can rationally infer—that a healthy workout routine early on in life may help to predict your level of cognitive decline later in life. Individuals who were physically active at 18 years old were less likely, 42 years later, to have developed early onset dementia or mild cognitive impairment.”