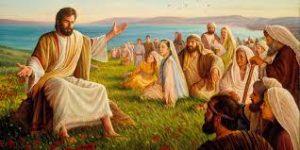 “… it seems that Jesus interacted with his position (deemed to be heir to the throne of David) in an extraordinary way.  In each of the decisive events of the history, he was on the side of those who suffered from the system: the poor, the handicapped, the socially excluded.  His protest on their behalf was at the same time a protest for himself.  Born with a stigma he did not deserve, of possible illegitimacy and inability to inherit, he fought against oppressive structure, moral and political.  In doing so, he freed his own religion from its introversion, giving it to a larger society, the Greek world, which it had hated and feared.  Born at a time and in an institution, which was poised for such change, he became the opening through which the change came.”