When I was a child, I thought God was a large, powerful old man who lived in the sky — a bigger, stronger version of my father, but with magical powers. I imagined him handsome and grizzled, his long gray hair draped over his broad shoulders. He sat on a throne enwrapped by clouds. When he spoke, his voice boomed through the heavens, especially when he was angry. And he was often angry. But he was also warm and loving, merciful and kind. He laughed when he was happy and cried when he was sad.

I’m not sure where this image of God came from. I may have glimpsed it somewhere, painted on stained glass or printed in a book. It could be that I was born with it. Studies have shown that young children, no matter where they are from or how religious they may be, have a difficult time distinguishing between humans and God in terms of action or agency. When asked to imagine God, they invariably describe a human being with superhuman abilities. 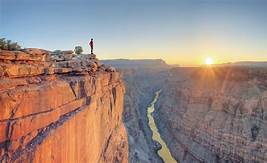 As I grew older, I left behind most of my childish views. Yet the image of God remained. I was not raised in a particularly religious household, but I was always fascinated by religion and spirituality. My head teemed with half-formed theories about what God was, where he came from, and what he looked like (curiously, he still resembled my father). I didn’t want to simply know about God; I wanted to experience God, to feel his presence in my life. Yet when I tried, I couldn’t help but imagine a great chasm opening up between us, with God on one side, me on the other, and no way for either of us to cross over.

In my teens, I converted from the tepid Islam of my Iranian parents to the zealous Christianity of my American friends. All at once, that childhood urge to think of God as a powerful human being crystallized into the worship of Jesus Christ as literally “God made flesh.” At first, the experience felt like scratching an itch I had had my entire life. For years, I’d been searching for a way to bridge the chasm between me and God. Now, here was a religion that claimed there was no chasm. If I wanted to know what God was like, all I had to do was imagine the most perfect human being. 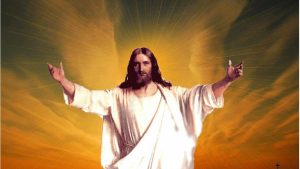 It made a certain amount of sense. What better way to remove the barrier between human beings and God than by making God a human being? As the famed German philosopher Ludwig Feuerbach said, in accounting for the enormous success of Christianity’s conception of God, “only a being who comprises in himself the whole man can satisfy the whole man.”

I first read that Feuerbach quote in college, just around the time I decided to embark on a lifelong quest to study the religions of the world. What Feuerbach seemed to be saying is that the near-universal appeal of a God who looks, and thinks, and feels, and acts just like us is rooted in our deep-seated need to experience the divine as a reflection of ourselves. That truth hit me like a clap of thunder. Is that why I was drawn to Christianity as a kid? Had I been constructing my image of God all this time as a mirror reflecting back to me my own traits and emotions?

The possibility left me feeling bitter and disillusioned. Seeking a more expansive conception of God, I abandoned Christianity and returned to Islam, drawn by the religion’s radical iconoclasm: the belief that God cannot be confined by any image, human or otherwise. I quickly recognized, however, that Islam’s refusal to depict God in human form did not translate into a refusal to think of God in human terms. Muslims are just as likely as other people of faith to ascribe to God their own virtues and vices, their own feelings and flaws. They have little choice in the matter. Few of us do. 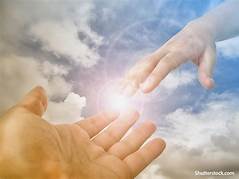 It turns out that this compulsion to humanize the divine is hardwired in our brains, which is why it has become a central feature in almost every religious tradition the world has known. The very process through which the concept of God arose in human evolution compels us, consciously or not, to fashion God in our own image. In fact, the entire history of human spirituality can be viewed as one long, interconnected, ever-evolving, and remarkably cohesive effort to make sense of the divine by giving it our emotions and our personalities, by ascribing to it our traits and our desires, by providing it with our strengths and our weaknesses, even our own bodies — in short, by making God us. What I mean to say is that, more often than not, whether we are aware of it or not, and regardless of whether we’re believers or not, what the vast majority of us think about when we think about God is a divine version of ourselves: a human being but with superhuman powers.

This is not to claim that there is no such thing as God, or that what we call God is wholly a human invention. Both of these statements may very well be true. I have no interest in trying to prove the existence or nonexistence of God for the simple reason that no proof exists either way. Faith is a choice; anyone who says otherwise is trying to convert you. You either choose to believe that there is something beyond the material realm — something real, somethingknowable — or you don’t. If, like me, you do, then you must ask yourself another question: Do you wish to experience this thing? Do you wish to commune with it? To know it? If so, then it may help to have a language with which to express what is fundamentally an inexpressible experience. 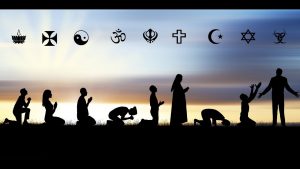 That is where religion comes in. Beyond the myths and rituals, the temples and cathedrals, the dos and don’ts that have, for millennia, separated humanity into different and often competing camps of belief, religion is little more than a “language” made up of symbols and metaphors that allows believers to communicate, to one another and to themselves, the ineffable experience of faith. It’s just that, throughout the history of religions, there has been one symbol that has stood out as universal and supreme — one grand metaphor for God from which practically every other symbol and metaphor in nearly all the world’s religions has been derived: us; the human being.

This concept, which I call “the humanized God,” was embedded in our consciousness the moment the idea of God first occurred to us. It led to our earliest theorizing about the nature of the universe and our role in it. It informed our first physical representations of the world beyond ours. Belief in humanized gods guided us as hunter-gatherers, and then, tens of thousands of years later, led us to swap our spears for plows and begin planting instead. Our first temples were built by people who thought of the gods as superhuman beings — as were our first religions. The Mesopotamians, the Egyptians, the Greeks, the Romans, the Indians, the Persians, the Hebrews, the Arabs, all d 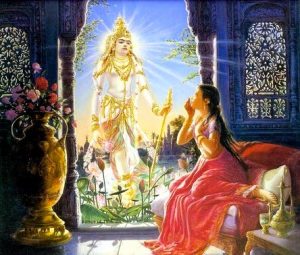 evised their theistic systems in human terms and with human imagery. The same holds true for nontheistic traditions, such as Jainism or Buddhism, both of which conceive of the spirits and devas that populate their theologies as superhuman beings who are, like their human counterparts, bound by the laws of karma.

Even those contemporary Jews, Christians, and Muslims who strive so hard to profess theologically “correct” beliefs about a sole, singular God who is incorporeal or infallible, ever-present or all-knowing, seem compelled to envision God in human form and to speak of God in human terms. Studies performed by a range of psychologists and cognitive scientists have shown that the most devout believers, when forced to communicate their thoughts about God, overwhelmingly treat God as though they were talking about some person they might have met on the street. 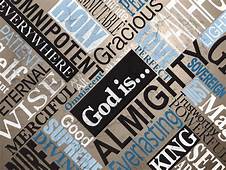 Think about the way believers so often describe God as good or loving, cruel or jealous, forgiving or kind. These are, of course, human attributes. Yet this insistence on using human emotions to describe something that is — whatever else it is — utterly nonhuman only further demonstrates our existential need to project our humanity onto God, to bestow upon God not just all that is worthy in human nature — our capacity for boundless love, our empathy and eagerness to show compassion, our thirst for justice — but all that is vile in it: our aggression and greed, our bias and bigotry, our penchant for extreme acts of violence.

There are, as one can imagine, certain consequences to this natural impulse to humanize the divine. For when we endow God with human attributes, we essentially divinize those attributes, so that everything good or bad about our religions is merely a reflection of everything that is good or bad about us. Our desires become God’s desires, but without boundaries. Our actions become God’s actions, but without consequence. We create a superhuman being endowed with human traits, but without human limitations. We fashion our religions and cultures, our societies and governments, according to our own human urges, all the while convincing ourselves that those urges are God’s.

That, more than anything else, explains why, throughout human history, religion has been a force both for boundless good and for unspeakable evil; why the same faith in the same God inspires love and compassion in one believer, hatred and violence in another; why two people can approach the same scripture at the same time and come away with two radically opposing interpretations of it. Indeed, most of the religious conflicts that continue to roil our world arise from our innate, unconscious desire to make ourselves the apotheosis of what God is and what God wants, whom God loves and whom God hates.

It took many more years for me to realize that the conception of God I was looking for was simply too expansive to be defined by any one religious tradition, that the only way I could truly experience the divine was to dehumanize God in my spiritual consciousness. 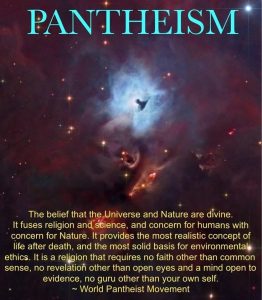 And so my book is more than just a history of how we have humanized God. It is also an appeal to stop foisting our human compulsions upon the divine, and to develop a more pantheistic view of God. At the very least it is a reminder that, whether you believe in one God or many gods or no god at all, it is we who have fashioned God in our image, not the other way around. And in that truth lies the key to a more mature, more peaceful, more primal form of spirituality.