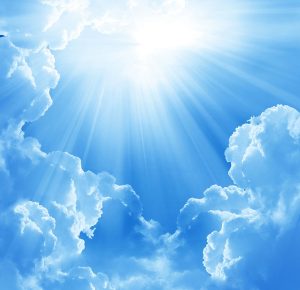 “Since I left the earth life, I have been taught by a Teacher with whom I am in contact, mentally and spiritually.  He Himself is a part of the Group Soul in the Group toward which I am progressing and of which, although I was not entirely aware, I have been a member for many ages.

(One group is within another, within the next and the next into the highest Beam of Light which is Divine Life itself — or God. All is progress.)

This Teacher is a higher Disciple, a wise and advanced soul, and is able to impart knowledge and wisdom to souls in the Group. Here, progress, when made, is always rewarded with a service.

In other words, as one advances to greater Light, so one is allowed to teach and guide others of the Group on a lesser path.  The Group itself is made up of souls at all levels of consciousness, from the highest to the mediocre, but the Spirit of the Groups only advances Itself as the younger and less knowledgeable members make progress It is a unified advance.  No member of the Group can pass beyond the call and communication of other members.  When the Group itself advances into the Divine Company, then there will be no ‘stragglers.’ But, as I am instructed, such an experience is far beyond the Group consciousness at this stage.”