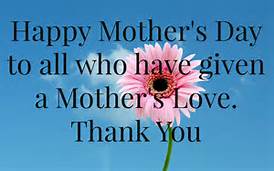 “Nurturing and caring for another living being is a sacred activity. Today I take the opportunity to give thanks for all who have shared unconditional love and acceptance with me.

A mother can be anyone who takes on a role of caring for a child—whether that person is a biological or adoptive parent, another relative, a teacher, or a friend. The most important aspect in being a mother is to love and care for a child unconditionally. Patience and compassion are mainstays for these expressions of love in action. Just as caring mothers hold loved ones in their arms, so, too, do I hold them in my prayers.”

“Honor your father and mother”—this is the first commandment with a promise: “so that it may be well with you and you may live long on the earth.” 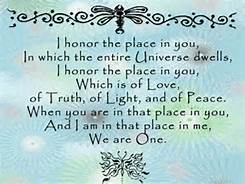 The word Namaste translates simply to “I bow to the divine in you.”

Namaste Gesture
The acknowledgement of spirit to spirit is represented by placing the hands together in front of your third eye (Third Eye Chakra) and bowing your head then bringing your hands down in front of your heart (Heart Chakra).

Performing both the Namaste gesture and saying the word Namaste at the same time can be done when greeting someone, however, in India the gesture alone means Namaste, so it is not necessary to say the word.

Namaste is a very old 3000 BC greeting with the word derived from Sanskrit. The Namaste gesture is widely used throughout India, Nepal, Bangladesh, parts of Asia and beyond where people of South and Southeast Asian origins have migrated. Namaste or namaskar is used as a respectful form of greeting, acknowledging and welcoming a relative, guest or stranger. In some contexts, namaste is used by one person to express gratitude for assistance offered or given, and to thank the other person for his or her generous kindness.

END_OF_DOCUMENT_TOKEN_TO_BE_REPLACED

Mother Teresa (1910–1997) was a Roman Catholic nun who devoted her life to serving the poor and destitute around the world. She spent many years in Calcutta, India where she founded the Missionaries of Charity, a religious congregation devoted to helping those in great need. In 1979, Mother Teresa was awarded the Nobel Peace Prize and became a symbol of charitable, selfless work. In 2016, Mother Teresa was canonised by the Roman Catholic Church as Saint Teresa. 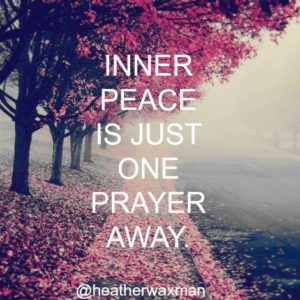 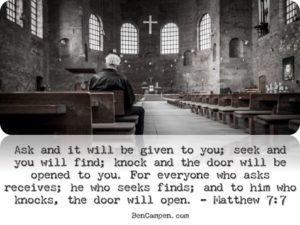 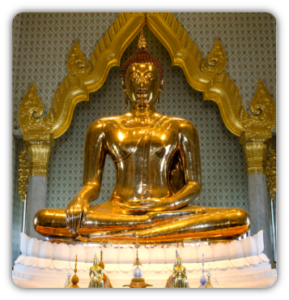 Following up on Easter Sunday’s post of “The Kingdom of God is Within,” have you heard the story of the Golden Buddha?

In a nutshell, over 300 years ago, as a Burmese army planned an attack to invade Thailand (then called Siam), Siamese monks who were in possession of an enormous treasure, a solid gold Buddha that today would be valued at over 200 million dollars, made a decision.

END_OF_DOCUMENT_TOKEN_TO_BE_REPLACED 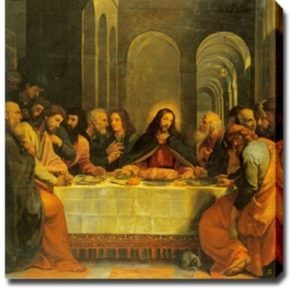 Edgar Cayce’s Astonishing Vision of The Last Supper
Edgar Cayce Vision of the Last Supper: “The whole robe of the Master (Jesus Christ) was not white, but pearl gray – all combined into one – the gift of Nicodemus to the Lord.”
(Cayce describing the group of those disciples gathered…) “The better looking of the twelve, of course, is Judas, while the younger is John – oval face, dark hair, smooth face – only one with the short hair. Peter, the rough and ready – always that of very short beard, rough, and not altogether clean; while Andrew’s is just the opposite – very sparse, but inclined to be long more on the side and under the chin – long on the upper lip – his robe was always near gray or black, while his clouts or breeches were striped; while those of Philip and Bartholomew were red and brown.”
“The Master’s hair is ‘most red, inclined to be curly in portions, yet not feminine or weak – STRONG, with heavy piercing eyes that are blue or steel-gray. His weight would be at least a hundred and seventy pounds. Long tapering fingers, nails well kept. Long nail, though, on the left little finger. (He is .. ) Merry – even in the hour of trial. Joking – even in the moment of betrayal.”
The sack is empty (and now..) Judas departs. The last is given of the wine and loaf, with which He gives the emblems that should be so dear to every follower of Him. Lays aside His robe, which is all of one piece – girds the towel about His waist, which is dressed with linen that is blue and white. (He begins to wash the feet of the disciples) He Rolls back the folds, kneels first before John, James, then to Peter – who refuses.  Then the dissertation as to ‘He that would be the greatest would be servant of all’.”
The basin is taken as without handle, and is made of wood. The water is from the gherkins that are in the wide-mouth Shibboleths that stand in the house of John’s father, Zebedee.  And now comes (he says)  ‘It is finished’.”
“They sing the ninety-first Psalm – ‘He that dwelleth in the secret place of the Most High shall abide under the shadow of the Almighty. I will say of the Lord, He is my refuge and my fortress: my God; in Him will I trust’. He (Jesus Christ) is the musician as well, for He uses the harp. (Then)  They leave for the garden.”
Jesus was arrested in the Garden….
Edgar Cayce Readings ©  1993-2009 by the Edgar Cayce Foundation –

See a professional video about the Via Dolorosa – Christ’s path to the cross. It shows a detailed account of all that happened, plus all the sites where they took place.  Bible scriptures are read at each station.  By HolyLandSite.com

In an Easter peace wish, Pope Francis expressed deep worry about bloodshed in Syria, Iraq, Libya, Yemen, Nigeria and elsewhere in Africa while praising the framework nuclear agreement with Iran as an opportunity to make the world safer.   Published on Apr 5, 2015