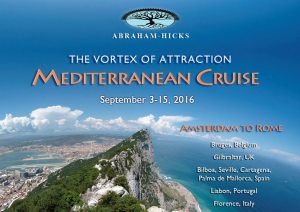 Abraham’s Channeling on the Mediterranean Cruise 2016

9/3 Saturday– Help from the Universe puts you in the right place and right time! Know your direction and feel “the sweet spot.”  (Individuals raise their hands to ask Abraham a question.)

A man felt (in the middle of the night and coming out of sleep) his perfection. Abraham said, “We are all one and blended with no resistance. Source sees through your eyes. For instance, when you tap your toe to the music or when you yawn, that’s “Us” or Spirit! Yes, you were feeling your perfection and connection with Spirit! END_OF_DOCUMENT_TOKEN_TO_BE_REPLACED 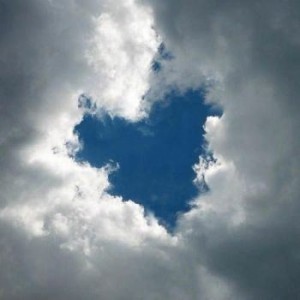 Channeling – What is it?
Channeling also known as
‘Mediumship’ is the phenomenon of a non-physical entity communicating psychically through a medium; the
medium being a living human being.
There are two fundamental types of channeling:
Conscious– Conscious channelling also known as ‘Trance mediumship’ is communication through a conscious individual. The person doing the channelling is fully aware and conscious of his/her surroundings and has complete conscious control over all mental faculties. The individual acting as the medium usually receives messages through thoughts from a non-physical entity. The individual then usually relays those messages by either writing them down or speaking and having the talk recorded by a voice recorder. Conscious
channelling is known to be the least accurate of the two types of channelling as it is very open to subjective manipulation. The medium’s thoughts may convolute and jumble up the message the non-physical entity is trying to communicate, thereby creating a lot of error.
Unconscious – Unconscious channelling also known as ‘Physical Mediumship’ is when the individual who is the medium goes into an altered state of consciousness such that they are not aware of their physical surroundings and lose control over their physical body and mental faculties. The individual’s consciousness takes a “back seat” so to speak as another entity takes temporary control over their physical body. The individual’s consciousness goes into a state
similar to that of dreaming. The non-physical entity then utilizing the medium’s body relays messages and can talk, hear and move around.  In some cases the entity will operate the mediums eyes. While the person is channeling often their voice will change, they may speak with a slight accent and usually their demeanour changes completely.
On the Lama Sing Readings order page, you may enjoy reading a snippet of information about your favorite topic.  Below is one excerpt that I found very enlightening on the 9-11 event!

Exploring the Miracles of Meditation, A Commentary by Lama Sing,                     TM & Al Miner
Going Within Project – Reading #1
CHANNEL: This is December 11, 1994. This reading is Code Number C-110. It is a request for a topical research reading entitled, “Going Within”. I would like to thank my dear friends who have anonymously sponsored this reading and whose continued urging has finally borne some fruit.
We are very interested in getting information that might be useful to ourselves, and others who may follow, on the topic of Meditation, and any and all relevant information that we may not at the moment know to ask. And so, while we are requesting, in essence, an open reading, we very much would like to know more about the process of going within or meditation, and we would value highly any contribution that might be given in this reading. END_OF_DOCUMENT_TOKEN_TO_BE_REPLACED

Esther Hicks (born Esther Weaver) is an American inspirational speaker and author. She has co-authored nine books with her husband Jerry Hicks, presented numerous workshops on the law of attraction with Abraham Hicks Publications and appeared in the original version of the 2006 film The Secret.   The Hicks’ books, including the best-selling series The Law of Attraction, are — according to Esther Hicks — “translated from a group of non-physical entities called Abraham.” Hicks describes what she is doing as tapping into “infinite intelligence”. END_OF_DOCUMENT_TOKEN_TO_BE_REPLACED 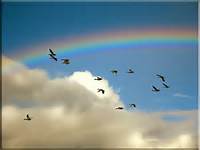 “When you look out into the environment that surrounds you, and you feel appreciation for what you see, you tune yourself to the frequencies of the best of all that you are. And then, the best of All-That-Is, is all that you will see. That is how you manage your point of attraction.”—Abraham — Excerpted from: Boca Raton, FL on January 18, 2014

From “The Law of One Book 3” by the channeled source, Ra.

“Questioner – Why is the Higher Self reluctant to enter negative time/space, our third dimension)?

Ra – The Higher Self is reluctant to allow its mind/body/spirit complex to enter negative time/space for the same basic reason an entity of your societal complex would be reluctant to enter a prison. END_OF_DOCUMENT_TOKEN_TO_BE_REPLACED

Please visit the Lama Sing website for copies of this and other inspiring readings!