Here is a fuller and a more crystal clear explanation of the process of blending with Source energy to produce what’s called “channeling.” 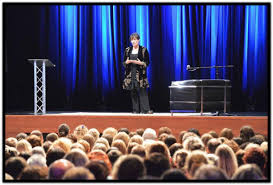 “As Esther puts herself in a place of no distraction and complete allowing, her vibration raises so that she can hear and express the frequency.  Esther is not unconscious.  She is aware of the words as they are being spoken.  She has no sense of what we are going to say before we say it.  There’s no pre-planning.  There are no notes. There is no script.  It’s all live, impromptu, in the moment, in response to what is being asked.”  Abraham-Hicks workshop in Orlando, Florida on March 27th, 2011.

As to the question of who and what Abraham is… This was given in 1999. 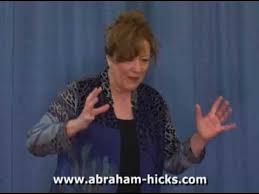 “Abraham is not a singular consciousness as you feel that you are in your singular bodies. Abraham is collective consciousness. There is a stream or river of consciousness. As one of you asks a question, there are many, many points of consciousness that are funneling through what feels to be one perspective, (because there is, in this case, one human, Esther, who is interpreting or articulating it) so it appears singular to you. We are multidimensional and multi-faceted and, certainly, multi-consciousness.”  Abraham-Hicks, Excerpted from Kansas City, MO on 8/29/99