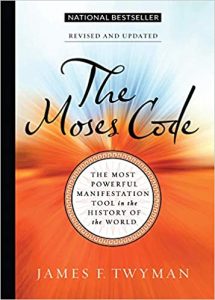 What do you want to attract in your life?  You may choose to start off with something small or go after your heart’s desire. It’s totally up to you, since the Moses Code doesn’t recognize levels of difficulty. It treats everything the same—as extensions of God and, therefore, something that you deserve. You’re also an extension of God, so it’s logical that you’re entitled to whatever you request.

Write it down on a piece of paper, and keep it in front of you so you can clearly see your goal. Now go to a place where you can relax and be alone. Once you’re alone and relaxed, take a deep breath.

With your eyes open, look at the sheet of paper in front of you and say out loud: ‘I AM THAT.’ Exhale as you recite these words, and then as you inhale, continue by saying, ‘I AM.’ The sound will be different because you’re reciting the second phrase on the in breath. Repeat this circular breathing and speaking as you stare at what you’ve written down. It’s important to feel the emotion of  ‘already having’ what it is that you’re asking for.

When you breathe out, saying ‘I AM THAT,’ you’re claiming that you’re one with the desired state or object. This claim is actually a statement of truth. In fact, you aren’t separate from anything; you’re an aspect of the all-pervading life of God. You’re one with God, so you’re one with all things that are also one with God. Does this make sense? 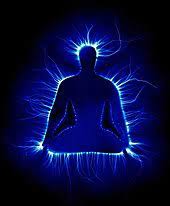 Perhaps not to your logical mind, but your soul understands this statement all too well, and that’s why the Moses Code works. It’s as if you’re finally acting upon the knowingness of your soul instead of your mind, which sees everything as separate and alone. Your soul, however, views everything as intimately connected to its source. 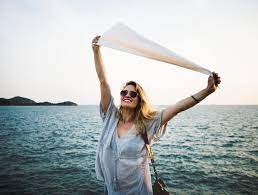 When you inhale, saying ‘I AM,’ imagine that this is God’s response to you, claiming and accepting the thing you desire to draw into your life. You say to God: ‘I AM THAT,’ and God answers: ‘I AM.’ When you say, ‘I AM THAT,’ to God, God doesn’t answer you, saying, ‘You are.’ The Creator replies, ‘I AM.’ In other words, God is saying through you: ‘If you claim it, then I claim it, too, for we are one!’ ‘I AM THAT I AM’ now becomes a single statement rather than two. It is God speaking to God, and God answering God. And what would God give itself? Everything!”