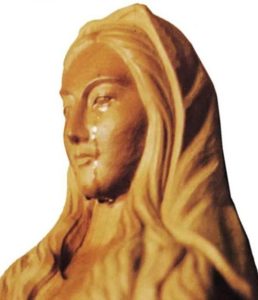 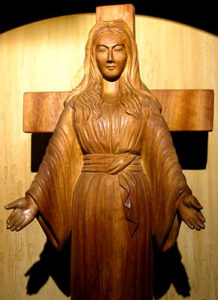 The Wooden Virgin Mary of Japan

Do you believe in miracles? Many do, but miracles rarely can be proven by science. This brings us to the phenomenon of the wooden Virgin Mary of Akita, Japan. Since 1973, the statue, which is made of solid wood, has been seen bleeding, crying, and even sweating. There are also reports that a deaf nun could hear again after touching the statue, and that a woman had a brain tumor cured from it. Scientists, however, cannot explain it. According to sources, the nun, Sister Agnes, prayed to the statue and asked for healing, and as the story goes, she got what she asked for.  (From deposts.com Copyright © 2017) 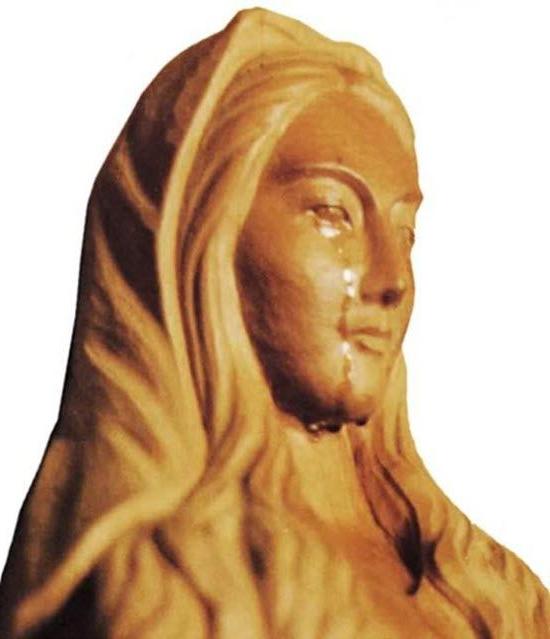 How many times has the statue cried or bled? It’s a surprising number! 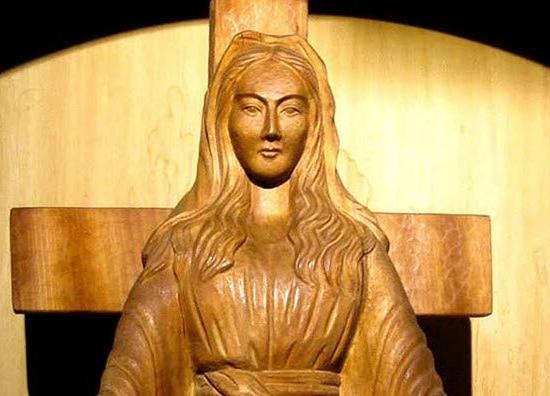 All in all, the statue has been recorded bleeding, crying or sweating 101 times. Believers of the miracle of this statue believe that this number is significant. The first 1 represents Eve, from the Old Testament of the Bible, the second 1 represents the Virgin Mary, and the 0 between them represent the Holy Spirit. The Catholic church has studied the statue and declared these things miracles.

According to Wikipedia, “Reported weeping statues are most often of the Virgin Mary and are at times accompanied by claims of Marian apparitions. However, to date only one single example of a combined weeping statue and apparition (namely Our Lady of Akita) has been certified by the Vatican while most have been dismissed as hoaxes. An unusual nature of the Our Lady of Akita apparitions was that unlike other cases the entire nation of Japan was able to view the tears of the statue of the Virgin Mary on national television.“

Of course, science and religion often don’t mix, so scientists have also studied the statue. What they have found is that the fluids that come from the statue are true human fluids. This means they are real human tears, blood, and sweat. How the statue works, however, remains a mystery.  (deposts.com Copyright © 2017)