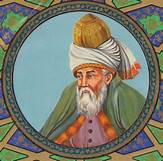 The ecstatic poems of Jalal ad-Din Muhammad Rumi, a Persian poet and Sufi master born 807 years ago in 1207, have sold millions of copies in recent years, making him the most popular poet in the US. Globally, his fans are legion.

Rumi was also a jurist, Islamic scholar, theologian, and Sufi mystic. Rumi’s influence transcends national borders and ethnic divisions in the Muslim world and beyond. … Rumi speaks of Love in much of his poetry, and there is some equation of love with the divine, as well. 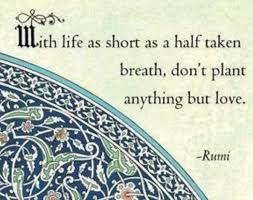 His most famous poem, “Only Breath,” is one of Rumi’s most powerful poems on the Spirit. Here he so clearly shows us that we are all one and inextricably linked to each other even though, through thousands of years, we have been conditioned to believe otherwise. Our true nature transcends race, religion, gender and borders. 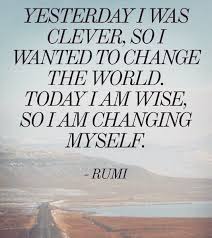 A Sufi’s way of life is to love and be of service to people, deserting the ego or false self and all illusion so that one can reach maturity and perfection, and finally reach Allah, the True, the Real. Sufism is less an Islamic sect than a mystical way of approaching the Islamic faith. It has been defined as “mystical Islamic belief and practice in which Muslims seek to find the truth of divine love and knowledge through direct personal experience of God.” 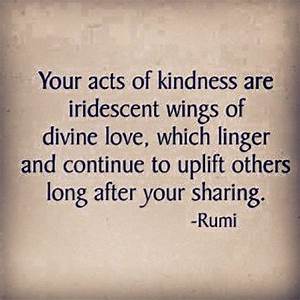 Rumi had been a devout Muslim for all his life, praying five times every day and keeping all the required fasts. But by the end, he also wrote about belief in a “religion of love” that crosses over traditional denominational boundaries.
The way of Rumi, the great Muslim mystic and poet, speaks of love’s divine influence.
mlpp.pressbooks.pub