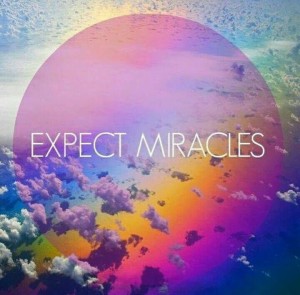 Miracles – From Wikipedia, the free encyclopedia

A miracle is an event not explicable by natural or scientific laws.[1] Such an event may be attributed to a supernatural being (a deity), magic, a miracle worker, a saint or a religious leader.

Informally, the word “miracle” is often used to characterize any beneficial event that is statistically unlikely but not contrary to the laws of nature, such as surviving a natural disaster, or simply a “wonderful” occurrence, regardless of likelihood, such as a birth. Other such miracles might be: survival of an illness diagnosed as terminal, escaping a life-threatening situation or ‘beating the odds’. Some coincidences may be seen as miracles.[2]

A true miracle would, by definition, be a non-natural phenomenon, leading many rational and scientific thinkers to dismiss them as physically impossible (that is, requiring violation of established laws of physics within their domain of validity) or impossible to confirm by their nature (because all possible physical mechanisms can never be ruled out). The former position is expressed for instance by Thomas Jefferson and the latter by the celebrated philosopher David Hume. Theologians typically say that, with divine providence, God regularly works through nature yet, as a creator, is free to work without, above, or against it as well. The possibility and probability of miracles are then equal to the possibility and probability of the existence of God.[3]